There are two main types of prostatectomies:

Subtotal prostatectomy
When only part of the prostate is removed. Simple prostatectomies are typically only done for benign conditions.

Radical prostatectomy
Is the removal of the prostate gland, part of the urethra and the seminal vesicles, glands located close by that store semen. For more aggressive cancer, the adjacent lymph glands may also be removed (pelvic lymph node dissection).

In 2015, it is estimated that the risk of a male being diagnosed with prostate cancer by their 85th birthday will be 1 in 7.

Bladder weakness, or urinary incontinence, can be experienced by many men following prostate surgery (prostatectomy).

Patient surveys indicate that as many as 65% of men continue to experience incontinence up to 5 years after surgery.

Why does it happen?

The prostate gland is a male reproductive organ. It is about the size of a walnut and sits at the base of the bladder. The thin tube (urethra) that carries urine and semen out of the penis runs through the centre of the prostate gland.

Another (external) sphincter is part of another set of muscles below the prostate called the pelvic floor.

Is an effective treatment for postprostatectomy incontinence.

How Electrical stimulation it works:

The same programs as for vaginal stimulation are to be used, increasing intensity in Stress, Mixed, or Tone programs to the highest level tolerable.

You should consult your physician before starting treatment.

Send the probe to

Customer is to provide return address

JA Davey will provide and return 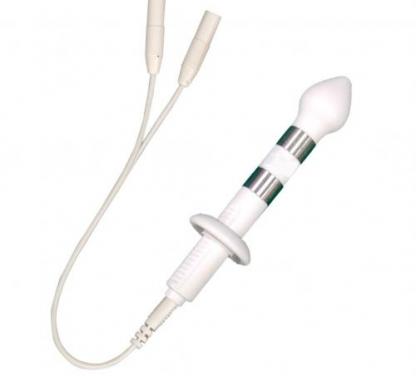 The treatments aim to progress towards graduated active exercises, in order to improve pelvic floor muscle strength and endurance to regain function

Use Stress or Tone programs, increasing intensity to the highest level tolerable. When possible contraction of the muscle at the same time as the Pelvic Floor Exerciser is used. The intensity should be as strong as possible without being painful. Don’t cover it, CURE IT!

Last decade has witnessed surge in demand for products helping with incontinence. This increased demand has resulted in lot of new products being introduced to help customers suffering from incontinence.

Adult diaper industry has grown tremendously. Bloomberg Report predicts that adult diapers- products aimed at not seniors or babies, but mostly at middle aged women could overtake baby diaper market in a decade. Growth in adult diaper market is outpacing that of every other paper based household staple in the U.S. Euromonitor International forecasts a 48 percent increase in sales in the category.

About the Author: TensCare

Your item has been added to your cart